Whether you’re a casual or an avid reader, you’ve likely encountered a book that has changed your perspective on life or has made you think differently about the world. Can you think of one now?

If someone were to ask you to share with them a book you loved, there are likely a myriad of good books you can name in a pinch. But what about a book that changed your life? Or a book that changed your habits, your actions, your attitudes – your very beliefs? What is it about a book that really digs deep into our consciousness, uprooting our lives and perspectives in only a few thousand words? What is it about these books that make you think?

In this article, we will explore a handful of great books that have affected people from all walks of life, and from all over the world. We will discuss the events of the books, as well as what about them makes them so thought-provoking. 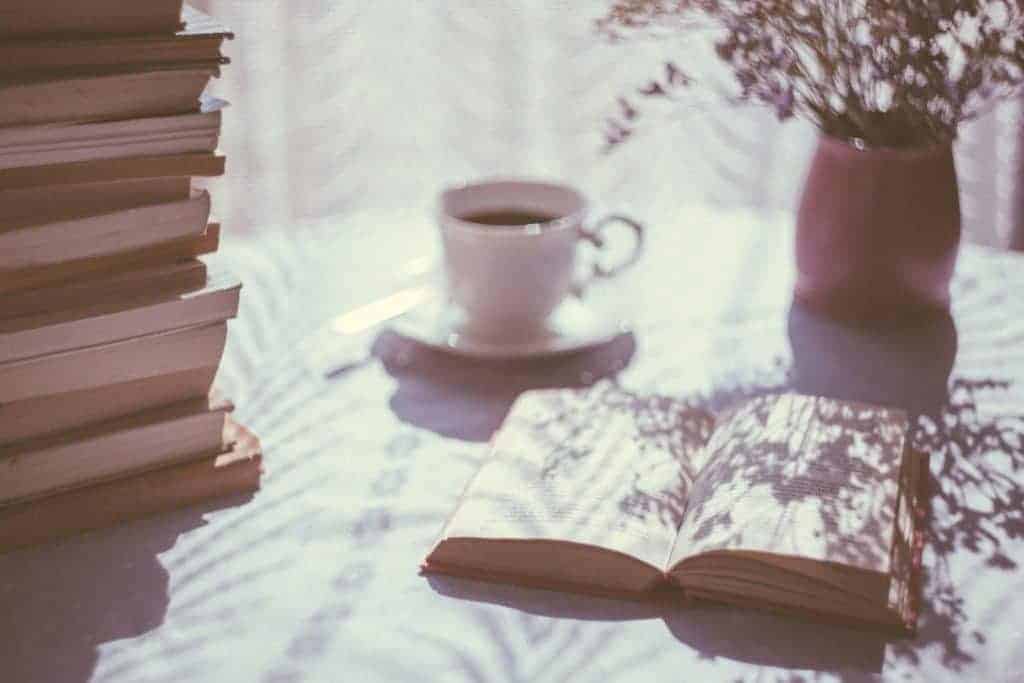 What Makes Us Pick Up a Book?

Everyone has a different method for choosing books. Some people choose the books they read based off of reviews from major public entities, such as Goodreads, or awards won, such as those that are deemed “New York Times Best Sellers.” Others go off of recommendations from friends and family, actually heeding their loved ones’ advice when they state, “you should read this; I think you’ll really like it.” Still others choose books haphazardly based on cover art, or browse the shelves of book stores until they find one particular book that “just calls to them.” Others browse for a long time, flipping through pages and reading the blurbs on the back until they’ve found one that captures their interests long enough to take it home.

Many books have been considered “good,” but only a few have earned the title of “great.” One of the qualities of a “great” book is a book that completely changes your perception of the world. Books that really make you think – or that make you think differently – are few and hard to come by. These are the books that change your life. 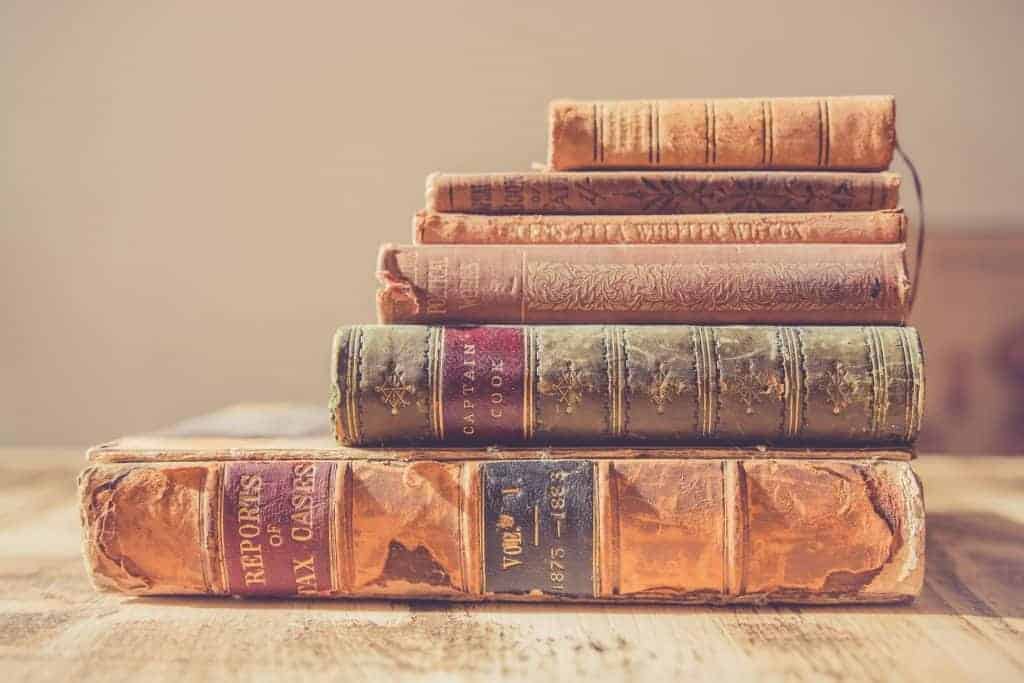 Books That Make You Think

The Life of Pi by Yann Martel

In “The Life of Pi,” we enter a story about a boy who struggles to survive and overcome after losing everything he’s ever known. After the ship he was on sinks and his entire family dies, the main character, Pi, finds himself stuck on a lifeboat with a tiger who had been on board the ship with him. Together, the two of them form an unlikely friendship and help each other to survive until they finally reach the coast of Mexico. They experience quite a few strange encounters along the way, too, such as an island that eats people and a host of other animals on the boat at the beginning that end up killing and eating each other.

“The Life of Pi” was described by Barack Obama as “a story that will make you believe in God.” Why? Is it not just a story about a boy who survived on a boat with the help of a tiger? The answer lies entirely on whether you perceive the events in the book at face value or as a metaphor. Taken entirely at hand, then yes, this is simply a book about a boy who survived on a boat with a tiger. However, taken metaphorically, this is a book about a boy’s survival in the face of absolute horror and human savagery, and his attempt to make sense of it. To most readers, everything in the book is a metaphor for life and faith, from the characters to the ocean itself, depicting the story of a boy who struggled to survive and overcome, in spite of everything. 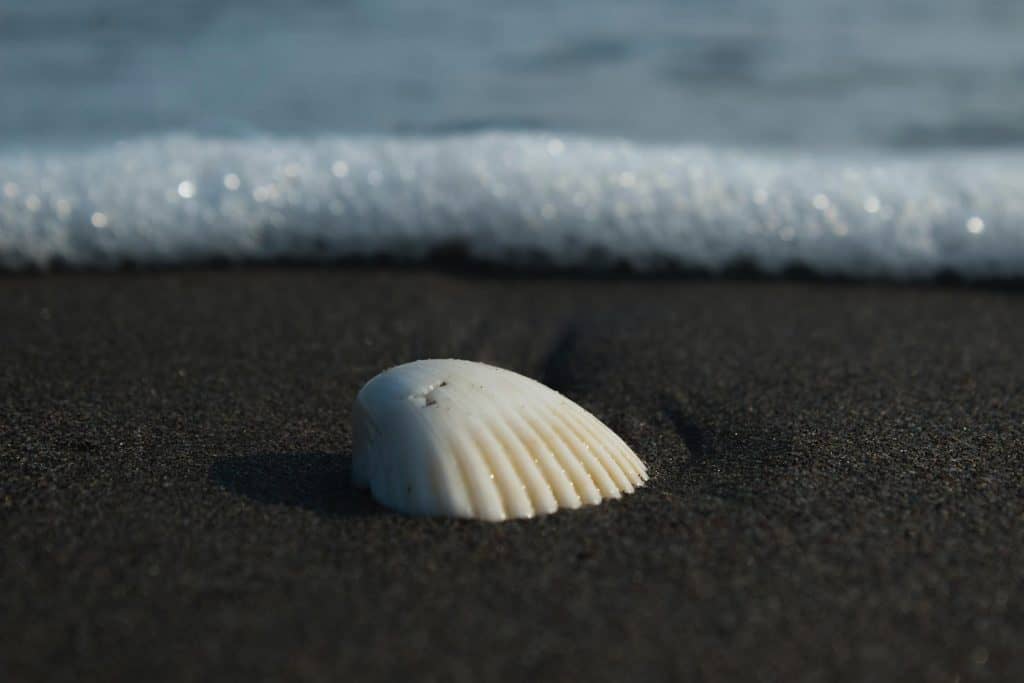 The Happiness Project by Gretchen Rubin

“The Happiness Project” features a woman who has the seemingly “perfect” life that we all dream of: a happy family, a nice house, and a successful career. Yet she is still frequently unhappy. This book chronicles her journey to find true happiness, as well as to define what “true happiness” really is. She tests theories based on what ancient cultures, scientific research, and pop culture say brings real happiness in the form of an experiment of sorts, and then reports on the results in this book.

Her insights into happiness are important because they are very deep and go far beyond the surface level, ripping apart popular conventions regarding the definition of happiness and presenting everything in a very honest, straightforward light. It is a book that will cause you to reflect on your own life, and possibly spur you to take the actions now that will lead you to true happiness in the future. 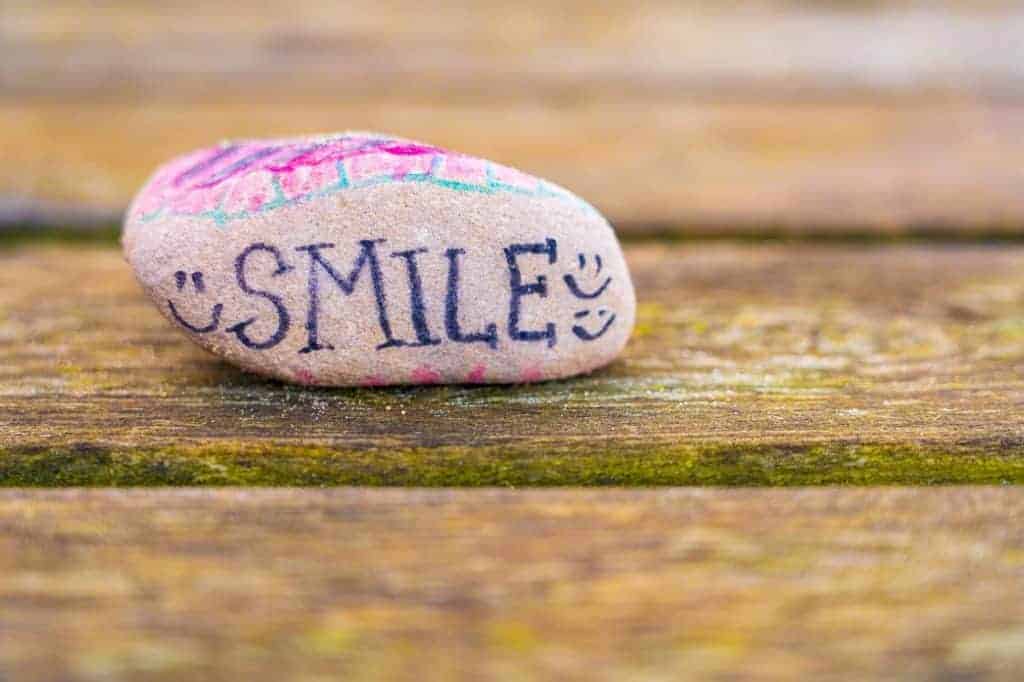 One Second After by William R. Forstchen

This is an apocalyptic fictional thriller that takes place in the wake of a nuclear EMP attack on the United States. Following the attack, we watch the residents of a small town struggle to survive while having no access to power, electricity, cars, or technology of any kind. Our main character is a veteran who is now a history teacher who studies the aftermath of wars, who goes on to lead the town and teach the residents how to take care of and defend themselves and each other.

This is a book that really makes you sit down and think about what you would do if the worst really were to occur. Here we are, in the throes of COVID-19; yet we still have access to all our devices, as well as plenty of food, heat, and running water. We have not experienced the worst that could possibly happen. This is a book that will make you question whether you are really prepared in the event of a disaster, as well as think about what necessary steps you could take now to be more prepared in the future. 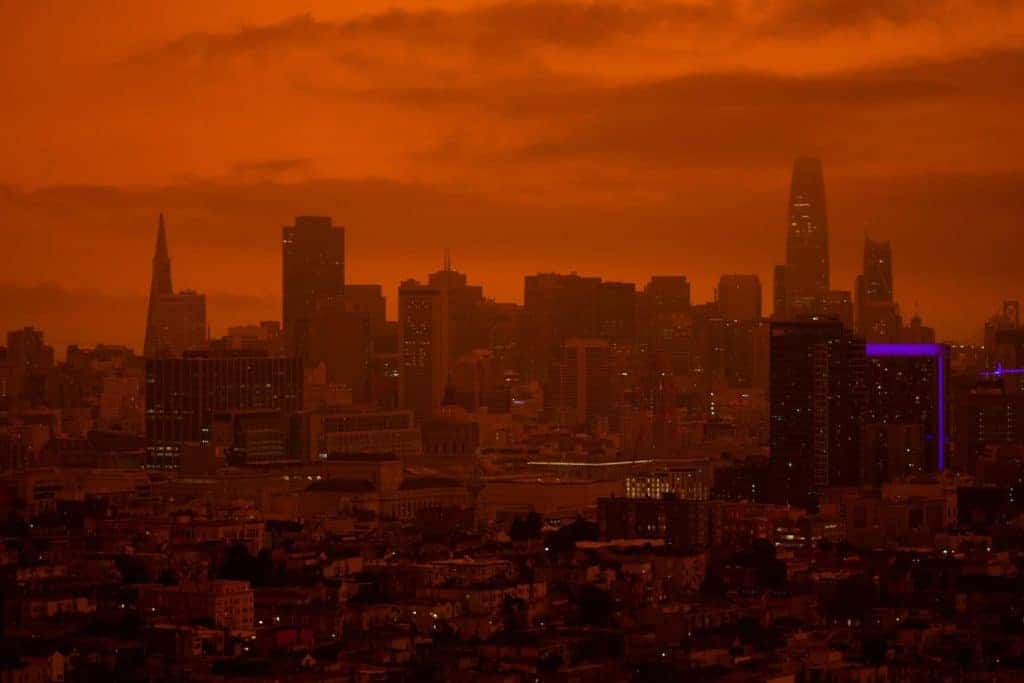 The Handmaid’s Tale by Margaret Atwood

In “The Handmaid’s Tale,” we watch a woman named Offred navigate a dystopian futuristic society where the few remaining fertile women are enslaved by the ruling class to birth their children. After having been separated from her husband and daughter and sold to a Commander and his wife, she is forced to sleep with him in an attempt to bear the couple a child. Throughout the book, we as readers are exposed to the same horrors that Offred is as she loses autonomy over her mind and body.

Because it draws on the actual experiences of women before, during, and even after the women’s rights movement, it is especially chilling. Similar to George Orwell’s 1984, this book is nerve-wracking because it features events that could actually happen in real life. The dress and colors present in the book have become a symbol of the fight for the freedom of women in the present day, as well as in the fight for women’s reproductive rights in particular. 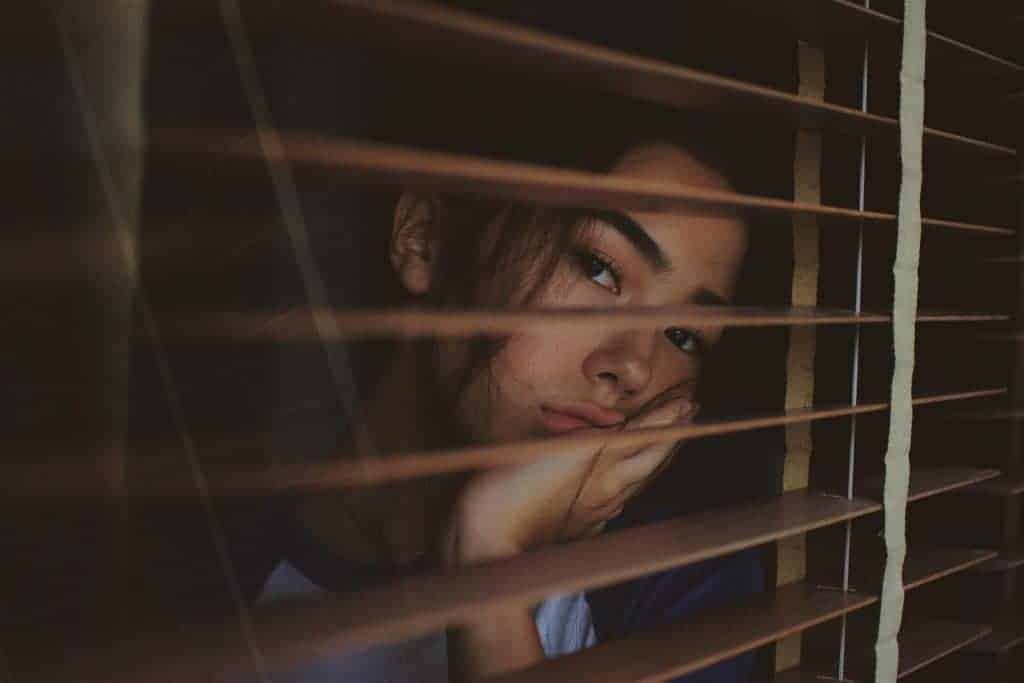 The Black Swan is narrated from the perspective of a statistician who observes that just because something isn’t likely to happen, doesn’t mean it is not impossible. It references events called “Black Swan events,” which are extremely unlikely events that have the capacity to dramatically change your life. We often try to use probability and statistics to estimate the likelihood of real world events – often to our own detriment.

The moral of this book is that instead of trying to predict what is most likely to occur, we should be preparing for all possible scenarios. We should never get so inundated into our routine that we start to believe that “life will always be this way” simply because it’s the way it has always been. Especially poignant in the face of the COVID-19 pandemic, The Black Swan teaches us that those who are unprepared for the arrival of a black swan are those who will suffer the most from one. 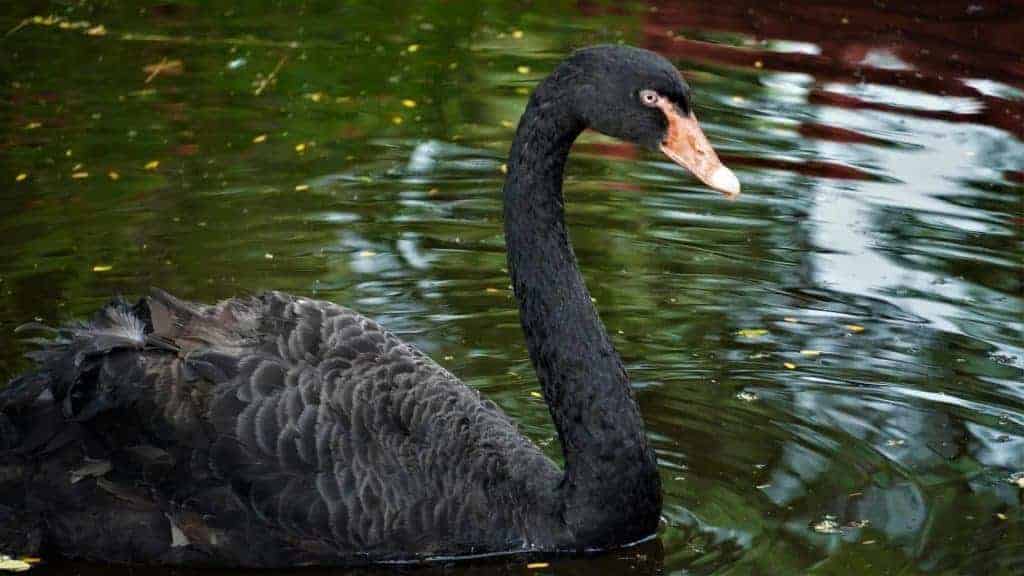 So what is it about a book that makes you think? These books are works that will make you think about society and your role in it, books that make you question the past and prepare for the future. Books that take you out of what’s comfortable, and push you into a state of independence. It is books such as these that have the capacity to really change the trajectory of our society as a whole.

Although this list is not exhaustive of all the books out there that will change the way you think, if you’re looking for a good novel to work through, these five books are ones that will change your life. From discussing themes such as the true meaning of happiness, perseverance in the face of great calamity, or the collapse of society as we know it, these books go one step further to make us question everything we think we believe about life, ourselves, and the world around us.

PrevPreviousHow To Set Up A Warehouse: The Complete Guide
NextThe Best Squarespace Templates To Improve Your WebsiteNext